This year we are delighted to report that we here at Northway have achieved the Sainsbury's School Games SILVER KITE MARK in recognition of our commitment to providing excellent sporting opportunities for all of our pupils.  Tournaments, sports days, intra-school sport activities, extra-curricular sport and sports leader programmes have all contributed to this wonderful  achievement. 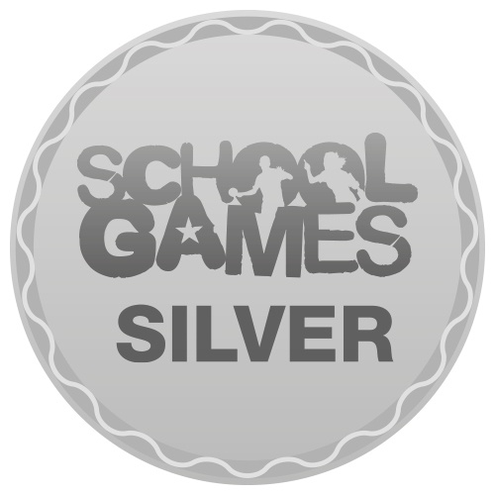 Over these two days several of our Year 5 and 6 children took part in representing our school in the annual athletics meet held down at Wavertree Athletics Centre. All children participated in track and field events gaining points for the school along the way. Showing great perseverance through the heat, Year 5&6 Northway boys were eventually crowned the small school district champions with our girls coming in a fantastic 4th place. All of us here at Northway are very proud of all the children who represented the school.

We took a Year 6 team to represent our school in the LSSP Kwik Cricket Competition this week held down at Sefton Cricket Club. Kwik Cricket is a primary, high-speed version of cricket aimed mainly at encouraging children to gain and develop the fundamental skills and to take part in the main sport, with an emphasis on participation and enjoyment. All children involved showed excellent sportsmanship throughout the day long event and great respect towards the Calderstones pupils who were umpiring the games. 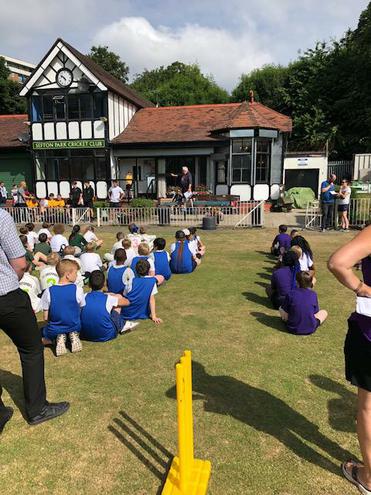 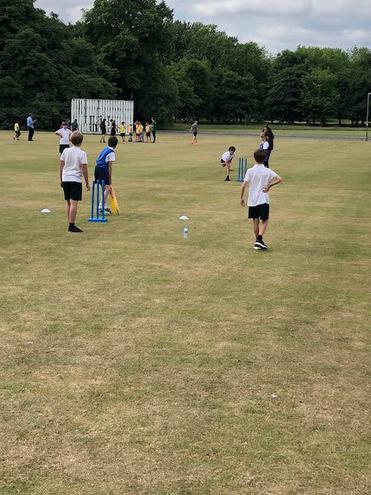 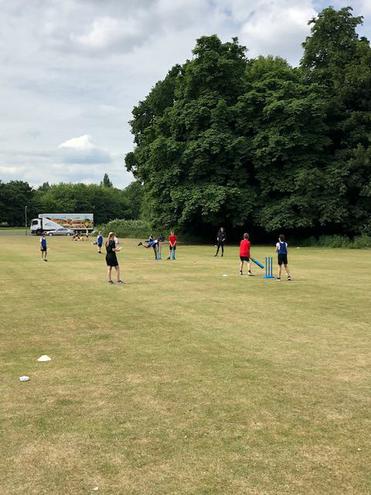 This afternoon some of our Year 5 girls took part in a High 5 Netball competition run by LSSP St. Julie's Catholic High School. With most the children fairly new to this form of the sport it was a great experience for all involved. The competition was played as round robin allowing all children to experience the sport and all schools to play one another. Unfortunately, we were unable to progress to the finals however; all the children had a brilliant afternoon representing the school and showed excellent sportsmanship and great respect to those officiating the games. 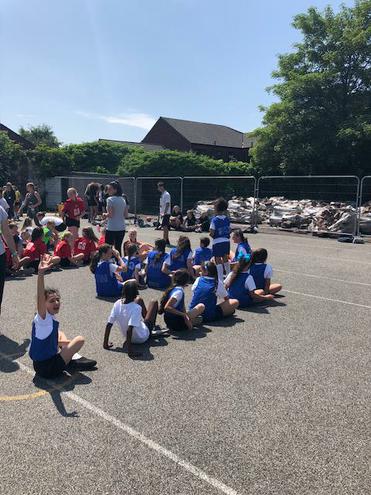 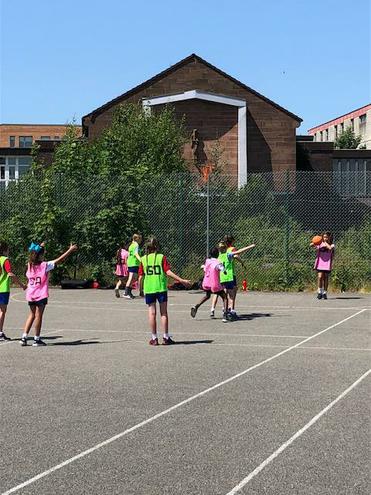 Our annual Health, Fitness and Safety week saw children throughout Northway take part in numerous activities that looked at the benefits of a healthy lifestyle. Once again the children have shown great enthusiasm throughout the week participating in athletics, daily mile runs, sun safety talks and even developing their very own fitness DVD’s. The children have enjoyed learning about healthy diets and were able to create their own healthy foods/snacks to try. P4C has also been at the forefront of our Health, Fitness and Safety week helping children to develop their communication skills to further develop their cognitive, social and emotional well-being.

Today, several of our Year 3 and 4 children took part in the annual LSSP Highland Games held at North Liverpool Academy. All children participated in several events from running to the traditional Caber toss. It was a tight contest and unfortunately we were pipped to the post, coming 2nd overall by only a few points. All children involved should be extremely proud of themselves for representing our school to such a high standard. Well done boys and girls! 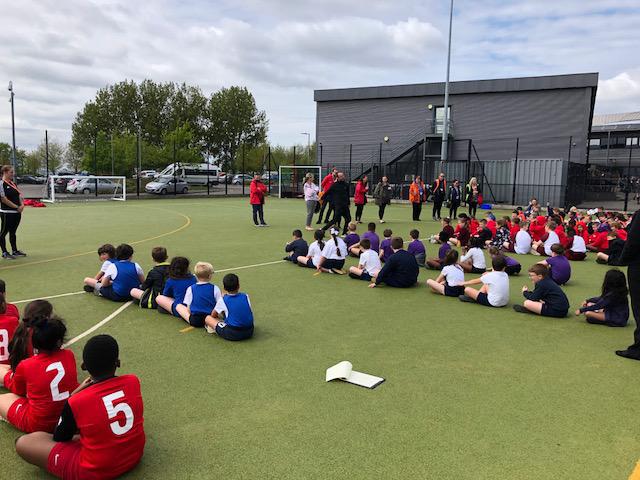 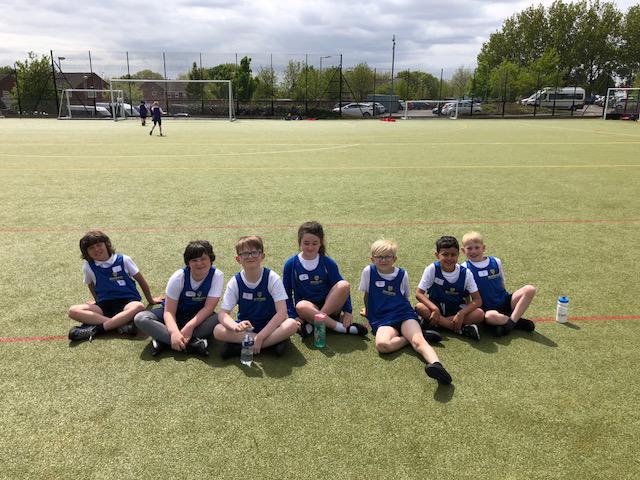 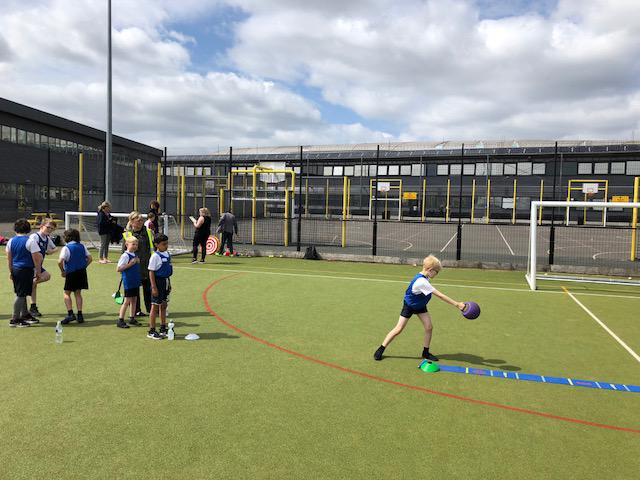 This evening children from KS2 took part in their first cross country race of the season. In conditions suitable for ducks, all teams were raring to go in front of the huge crowds gathered down at The Mystery Park, Wavertree. The four teams selected to represent our school ran their hearts out, showing the attitude and determination which makes us all here at Northway School very very proud, and to top off an amazing evening, one of our Year 6 boys placed second earning himself a silver medal. Well done boys and girls!

Congratulations to our Year 5 and below boys team, our Year 6 boys team and those individuals who made it through to the Cross Country City Finals being held this Tuesday (20/03/2018) down at The Mystery Park. 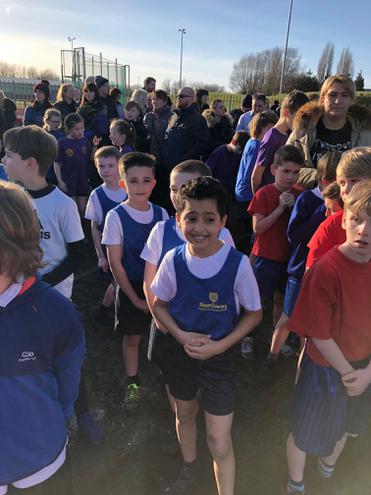 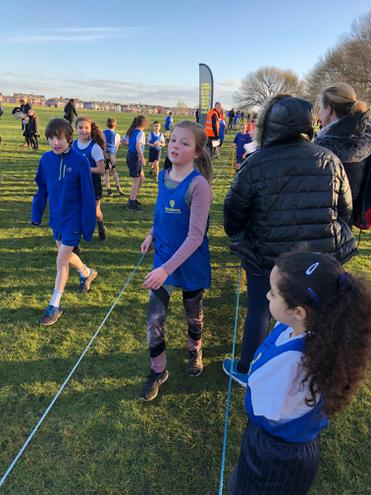 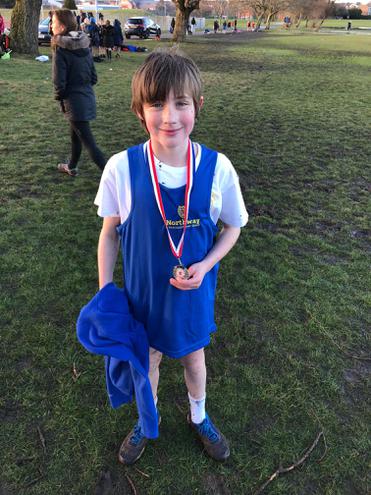 This morning some of our Year 6 boys played in the annual LFC Football Tournament held down at Liverpool FC Academy, Kirkby. The competition was split into two mini leagues with each team playing 6 games. Overall our children put on an excellent display showing great teamwork and fantastic sportsmanship. Unfortunately with 2 losses to our name we were unable to progress any further in the tournament however, each boy should be proud of the way in which they represented our school. Well done, boys. 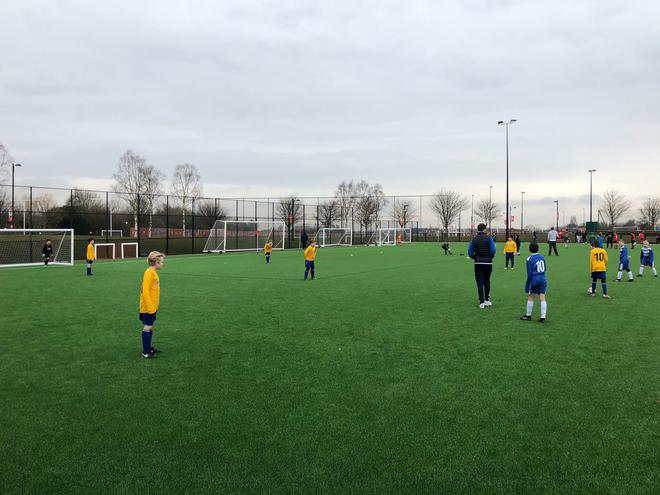 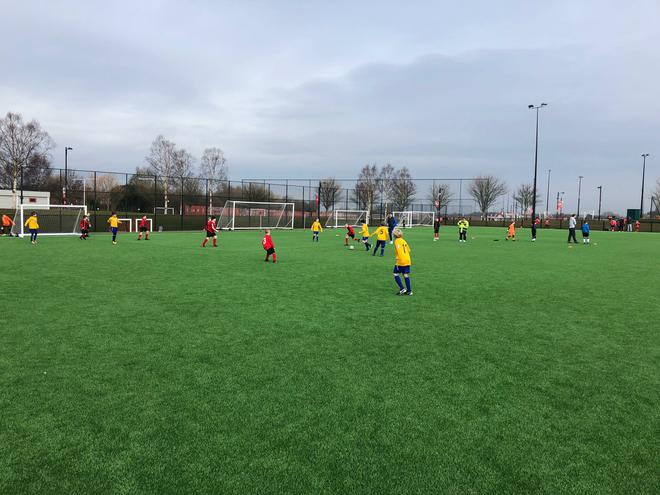 This morning some of our Year 3 and 4 pupils attended the LSSP Sportshall Athletics competition held at the Academy of St. Nicholas. Made up of several track and field events, children got the chance to compete against a number of other schools. All the children in attendance, many taking part in a competitive event for the first time, performed at such a high standard making us all here at Northway very proud. Unfortunately, only the top team qualified for the city finals. Well done you should all be very proud of yourselves. 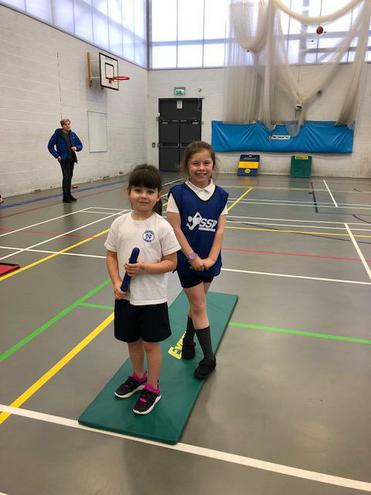 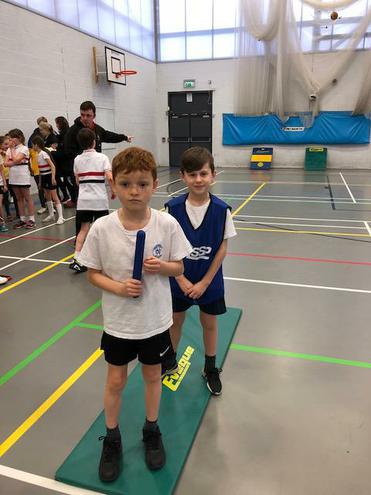 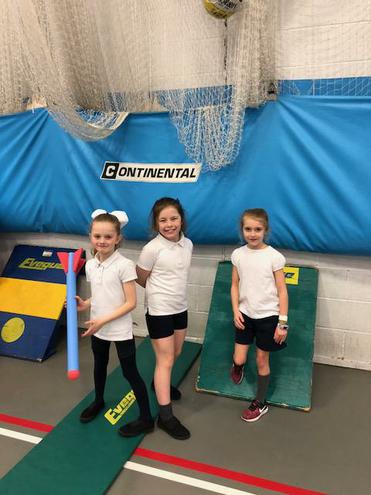 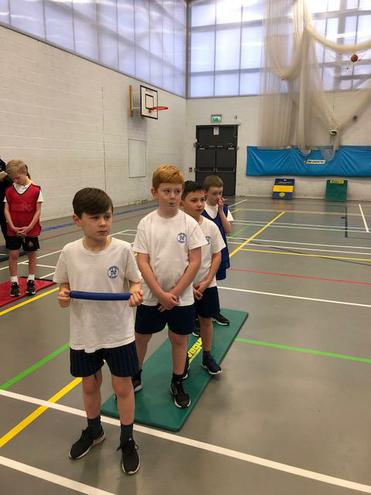 This morning our friends from the Liverpool Tennis Centre popped in to deliver some fun and exciting tennis activities. All out children from Reception and KS1 got to take part in the sessions delivered by Coach Phil. It is safe to say all children had a wonderful morning and were all invited to their FREE open day (details below).

This morning some of our Year 5 and 6 took part in a basketball competition run by LSSP and the Mersey Mavericks down at St. Margaret's School. With most the children new to competitive sport outside of school it was a great experience for all the children involved. The competition was played as round robin allowing all children to experience the sport and all schools to play one another. Unfortunately, we did not progress to the finals however; all the children had a brilliant time and showed excellent sportsmanship and great respect to those officiating the games.

On this cold and frosty morning, children from Years 5 and 6 made their way down to the Liverpool Aquatics Centre to take part in the annual Waterpolo Competition. With the newly adapted rules and the pool at a greater depth to previous years, the children took while to settle down and play at their usual high standard, losing the first game. However, they soon came back to win their second with two good goals from Orlando. Unfortunately, with such a high quality of opposition we did not manage to progress to the city finals but with a high level of enthusiasm for the sport I'm sure we will be back again in 2018. Well done boys and girls!

Tonight, our Year 4&5 boys played their first competitive football match of the year against Mosspits Lane. A great team performance saw our boys win the game 7-1, with a brace from Alfie, four goals, yes four, from Ethan and one for Sonny midway through the second half. Well done boys, a very impressive showing!

This morning 18 of our Year 5 and 6 pupils attended the LSSP Sportshall Athletics competition held at St Francis Xavier's College. Made up of several track and field events, children competed against various other schools giving it their all throughout the morning session. Out of a very competitive line up, Northway children were able to perform and come 3rd overall. Unfortunately, only the top team qualified for the city finals however, all of the children did a fantastic job in representing themselves and Northway School. Well done you should all be very proud of yourselves.

Today four of our KS2 children took part in a New Age Kurling City Finals at Notre Dame Catholic College. In what were to be several tense and tactical games played Northway were unable to make it through to the next stages of the competition. However, as always the children taking part were fantastic and their behaviour was second to none making us all here at Northway very very proud.

Today KS2 children took part in a New Age Kurling Competition at The Academy of St. Nicholas. New to the sport all children adapted quickly and started to get the hang of what can be a tricky game. With the heats complete, Northway B progressed to the 3rd and 4th place play-off game whilst Northway A progressed to the final. In what were two tense games Northway B finished a very respectable 3rd in the competition and Northway A came out as eventual winners with a score of 5 stones to 1 therefore, making their way through to the city finals.

Today, boys and girls from years 5 and 6 attended the LSSP dodgeball competition down at Calderstones Secondary School. After a short introduction to the rules the children were ready to go. With balls flying everywhere, at what seemed like break neck speed, the games were close and as tense as you would expect in such a competitive sport. Although we were unable to make it through to the semi-finals the children were a credit to our school in the way they behaved and acted within the games and towards the umpires and pupils from the other schools. Well done boys and girls!